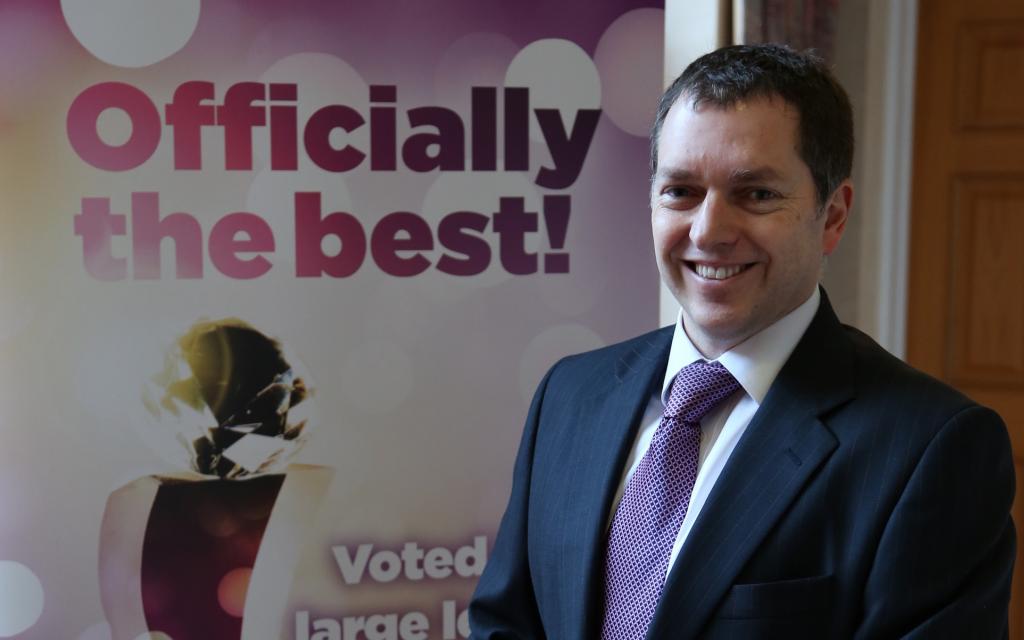 I had an ambition to have a successful business but I knew I would not achieve those goals by being independent, so I chose to franchise with Martin & Co.

Mark Beckett, a graduate in business and finance and previously a retail store manager, opened his Martin & Co franchise in Stoke-on-Trent in November 2008. Before joining Martin & Co, Mark had been a business analyst and database manager and had managed 400 people in four different countries which meant that, when it came to managing his Martin & Co franchise, he was well prepared with the skills and experience he needed.

Martin & Co is one of the only property agency franchises that offer lettings and estate agency with UK-wide recognition. With a network of just under 200 franchise offices, they are the largest property franchise business in the UK.

“Franchising seemed like the right choice for me because I had never run a business before and I wanted some handholding and support in setting up a business on my own. With a franchise you get the benefit of an established brand and ongoing training which is reassuring when you’re setting up a business for the first time."

“I was a customer of Martin & Co in Nottingham but I hadn’t realised it was a franchise at the time. I liked Martin Crown and had spent time talking to him which was when he told me about the franchise opportunity. I had a meeting at head office which was very constructive and, following that, I knew I wanted to be part of the Martin & Co franchise.”

With high street and online presence, the secret of our franchise owners’ success is that they can provide local property knowledge whilst being backed by a national brand. Martin & Co has been recognised time and time again for their award-winning service by their clients winning Gold for Best Large Letting Chain at the ESTAS in 2009 & 2012 as well as Silver in 2010, 2011 & 2013, and most recently, Bronze in 2014.

I’m prepared to work hard to make my business as successful as possible but, ideally, I would eventually like to take a backseat role because one of my reasons for buying a franchise was to achieve a better work-life balance.

"When I first started my business I was quite apprehensive and scared but also extremely excited about the future and growth of my business.”

Mark’s business has been hugely successful so far and he picked up four awards in as many years of trading at Martin & Co’s annual conference. These awards recognise the outstanding achievements of the company’s franchise owners and help to develop trust between the franchise owners and their customers and also sets them apart from competing letting agents in their region.

“There are nearly 200 offices around the country within the Martin & Co national network so for our Hanley office to be ranked up there with the big offices in places like Manchester and London is good news for North Staffordshire; it proves that we can do things just as well as everyone else. Success like this can only help our business further and give much needed confidence to our clients in this largely unregulated industry in which the right choice of letting agency is of paramount importance.”

Mark has recently made the decision to open his second office in Newcastle under Lyme and hopes to replicate the success he has had with his first franchise. Mark aims to transfer the same business ethics and standards that have made his existing branch so successful.

“You need to develop a thick skin and work with local offices and develop relationships with your neighbours in order to get the most out of your business.”

“My plan for the future is to continue building my business and for my wife, Liz, to play a larger part in the running of the franchise. I also want to bring more managers in so that I can spend fewer hours in the business and take more of a backseat role.”

Franchise owners like Mark take share in their dedicated franchise territories through the marketing, media and public relations support provided by Martin & Co. On lettings income alone, on average, Martin & Co’s franchise owners who are high street based turnover £245k in year 3 and you can expect to build your business to in excess of £380k in just 5 years.

Would you like to open your own property franchise business?

If you like the sound of the support that a franchise can give you give us a call.