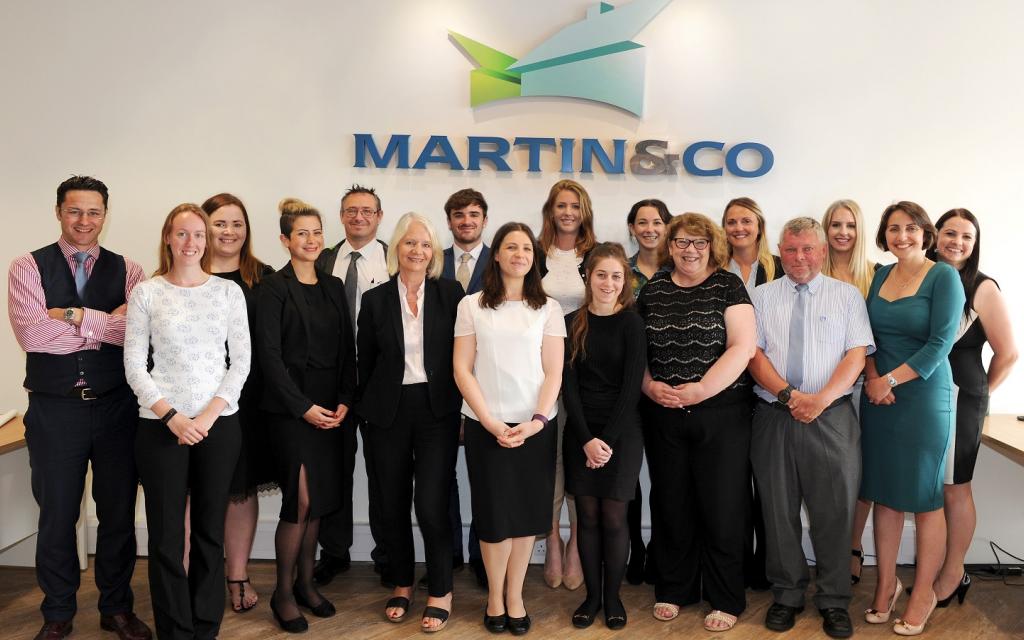 Husband and wife team, Chris and Merolyn Whitaker, joined The Property Franchise Group in 2015 following 16 years serving in the Army’s Intelligence Corps.  Just two years later, the couple completed on one of the network’s largest ever single office acquisitions…

So, what was the motivation behind this huge career change for the former military pair?

“Throughout our years in the Army, we’d continually invested in property and had built up a successful portfolio across the South West of England.  We’d always struggled to find an estate and lettings agent that we really trusted and who delivered the quality of customer service that we expected, something which was particularly important for us due to the long periods we’d spend away from home on deployment.

We’d both always wanted to be our own boss, and with our previous experience of the property industry and those within it, estate agency was the natural progression into this."

It was our shared ambition to not only own a business, but to be the kind of agent that we’d always looked for – and never found.

How did the journey start?

“Having made the decision to take the plunge and purchase a property business, we took the first steps and agreed on location.  We had existing roots in the South West and, with Plymouth the largest city in the UK without a Martin & Co presence at the time, we were naturally eager to secure the territory.”

“We knew that having committed to launching our business time was of the essence, and so we both dedicated ourselves to studying for our ARLA qualifications whilst on tour with the Intelligence Corps – a feat in itself!  And, on 30th April 2015 we said a final goodbye to our military careers and opened the doors to Martin & Co Plymouth.”

It’s a daunting prospect for any first-time franchisee, and it was no different for Chris and Merolyn, who had a number of fears and challenges to face head on…

Launching the business on that Spring morning with not one single property or landlord on our books was certainly a little unnerving, with perhaps our greatest fear being that we’d open the doors to complete tumbleweed!

"These apprehensions were intensified by the fact that both ourselves and Martin & Co as a brand were completely unknown in the local area. Whilst we had childhood roots in the South West, having been posted abroad for the previous few years, we had no real connections or allies here - a real world away from the close-knit army family we’d left behind. There were also already a large number of well-established, traditional agents in Plymouth, and we had to make sure we stood out – and quickly!”

And stood out they did. But, how?

“Our previous careers had evidenced our drive, commitment, and real sense of service, and it was this that truly came into play as we progressed our franchise business.  We challenged the doubters and the sceptics by working hard to create an honest and professional offering and committed ourselves passionately to delivering an exceptional service – the one thing that we’d really struggled to find ourselves as property owners.   We prided ourselves from day one on doing the job properly, and in doing so quickly earned ourselves a reputation for excellence.”

”When we opened our doors back in 2015, we were right at the bottom of the rankings of Martin & Co offices in terms of income.  Just two years later, we’d moved up to rank 8th across the whole network!  Not only that, but we were finalists in the Best Young Business Growth awards at the Property Franchise Group’s annual conference – a huge honour to be recognised by our peers in this way.”

And the road to success was just beginning.  In the same year, the couple completed on one of the network’s biggest ever single office acquisitions when they acquired Plymouth’s largest and most longstanding independent lettings agents, with a history spanning more than half a century.

Ever since we launched, we had expansion in our sights and when an opportunity arose to purchase one of the city’s most established agents, we absolutely jumped at it!

"Executive Lets had a strong presence in Plymouth stretching back over fifty years and, specialising solely in private rentals, was a perfect fit with our own expertise across both lettings and sales. The acquisition meant that we were able to enhance our offer by providing a fully comprehensive lettings and estate agency service to customers across the South West of England – as well as significantly growing our local presence, our portfolio, and our team.”

And the facts speak for themselves.  Not only was it an unprecedented move, with a relative newcomer to both the industry and the local area acquiring one of Plymouth’s largest and most established lettings agents, but the scale of growth has been phenomenal.  The couple’s purchase of Executive Lets saw it re-branded as Martin & Co and incorporated fully into the agency’s existing operation, resulting in the number of properties under management quadruple and it’s team grow more than three-fold.

But, it’s clear that the couple isn’t stopping there…

Despite consolidating the largest and fastest growing agents in the city, we still view this as only the very start of our journey and are confident that in continuing to meet the needs of local landlords, homebuyers, and sellers, we’ve placed ourselves in the very strongest position for future growth and expansion.

It’s of course the individuals’ unwavering enthusiasm and enterprising spirit that has brought them such success, but as both Chris and Merolyn know from their time in the armed forces – it’s the support from your colleagues that truly makes the difference…

“We would never have got to where we are now if it wasn’t for those around us supporting our every step, and guiding us in the right direction.  The support of other Martin & Co franchisees across the whole network has been – and remains – invaluable.  Everyone is in exactly the same boat and we have benefited hugely from the continual sharing of ideas and experiences along our entire journey to date.  The encouragement, acknowledgement, and inspiration we receive from our peers has been instrumental to our success.

So, what’s the long term plan for the couple?

“With over 90 estate and lettings agents in the city of Plymouth alone, competition is tough – but we have huge aspirations to continue to grow and to become the number one agent in Plymouth, and we know that with our determination, motivation and real passion for what we do – we’ll absolutely achieve this sooner than we probably think!”

If you'd like to follow in Chris & Meroyln's footsteps and run your own successful estate agency we'd love to hear from you!