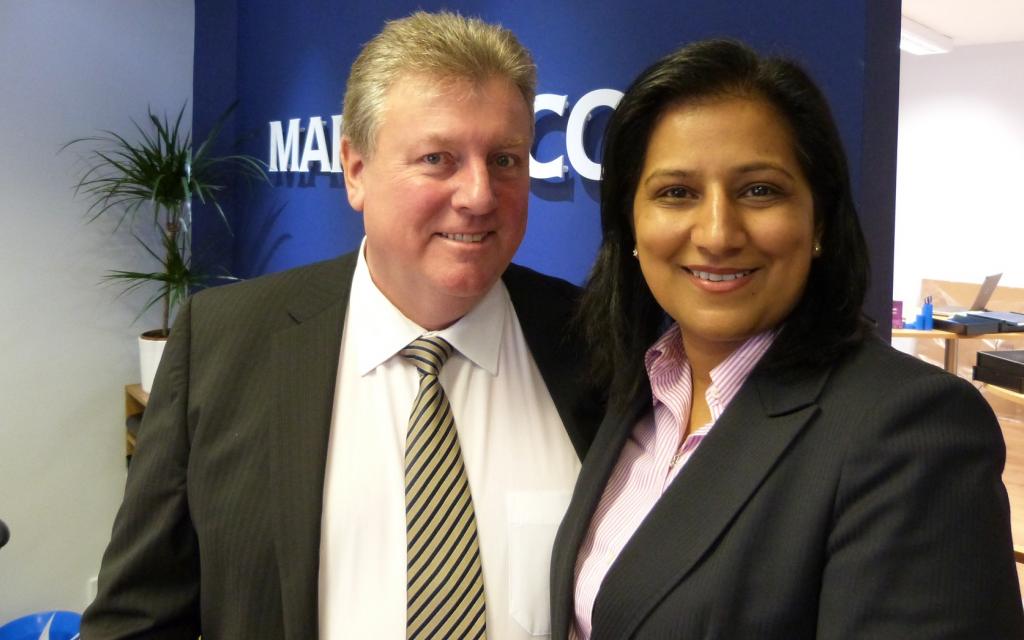 Franchising was the best vehicle for us to establish a business quickly from a standing start, with the single most important factor being a widely recognised, strong brand

Peter and Rani Grieve have been successfully operating their Martin & Co franchise since May 2008. Leaving the corporate world behind they were determined to create a successful business that would support them to a high standard as well as be able to build up a capital value. They are the proud owners of two successful businesses and a significant property portfolio.

Both Rani and Peter had very stressful full-time jobs before joining Martin & Co. Peter worked as a Senior Manager in Commercial Property Lettings and was also the deputy Chairman of the British Institute of Innkeeping, whilst Rani worked as a Manager in Customer Services. In early 2008 they decided it was time to leave the corporate rat race and build a quality business in their local community.

“Franchising was the best vehicle for us to establish a business quickly from a standing start, with the single most important factor being a widely recognised, strong brand. We estimated that growth was at least twice as fast as it would have been if we had simply opened a business by ourselves.

Having identified franchising as the best way to achieve their goals, they started to consider a variety of franchise opportunities. But with Peter’s experience in property and Rani’s customer service skills they soon decided that a property agency franchise would suit both their skills best.

“We did a lot of research initially before even logging an interest with Martin & Co. But once we showed our hand as it were, it was really a matter of information gathering, business planning and sorting our finances. It took us about 2 to 3 months to make the decision as we had to fit the planning process around our demanding full-time roles.”

Martin & Co is the only UK property agency franchise that offers a combined lettings and estate agency business with UK-wide recognition. With a network of just under 200 franchise owners, they are the largest property franchise business in the UK.

"The business progressed to the extent that after about 14 months we could see decent growth and a bit of profit. Growth continued through year two and it was then that we realised that we were building a quality, sustainable business which was capable of delivering good organic medium and long term growth.”

With strong high street and online presence, the secret of our franchise owners’ success is that they can provide local property knowledge whilst being backed by a national brand. Martin & Co has been recognised for its award-winning service by its clients winning Gold for Best Large Letting Chain at the ESTAS (Estate & Letting Agent Awards) in 2009 and 2012, as well as Silver in 2010 & 2011 and most recently in 2013.

Franchise owners like Rani and Peter take market share in their dedicated franchise territories through the Marketing, Media and Public Relations support provided by Martin & Co and by developing a sound understanding of best practice in the property industry. On lettings income alone, on average Martin & Co’s franchise owners who are high street based turnover £275k in year 3 and you can expect to build your business value to in excess of £450k in just 5 years.

“Having fully established the Worcester franchise, head office offered us the opportunity to acquire the Gloucester franchise as a re-sale in early 2010, and although the business was not as successful as ours, there was an overriding view that we could mirror the success we had enjoyed in Worcester. And now, after three years, this business too has grown significantly. Furthermore, because of strong profit growth, we were able to acquire a very well established and well run independent letting agency which we have successfully integrated into the core business this year.”

Rani and Peter have developed a management franchise that provided them with the funds to not only acquire other businesses but also expand their buy-to-let portfolio, which now encompasses 4 properties.

“As advice to anyone looking to join a franchise we would say: do your homework and your own business plan, take on board the franchisor’s forecast but challenge achievability. If you are looking to establish a business quickly, as well as operate within well thought through processes and procedures, then franchising is undoubtedly the best route.”

We would definitely buy the franchise again.

"Our plan is to continue to build a quality business through strategic acquisitions and to continue our organic growth. Ultimately we want to sell the business for a huge profit and retire to somewhere warmer than it is in Gloucester today"

Do you want to be your own boss?

If you like the sound of running your own business get in touch with The Property Franchise Group today.