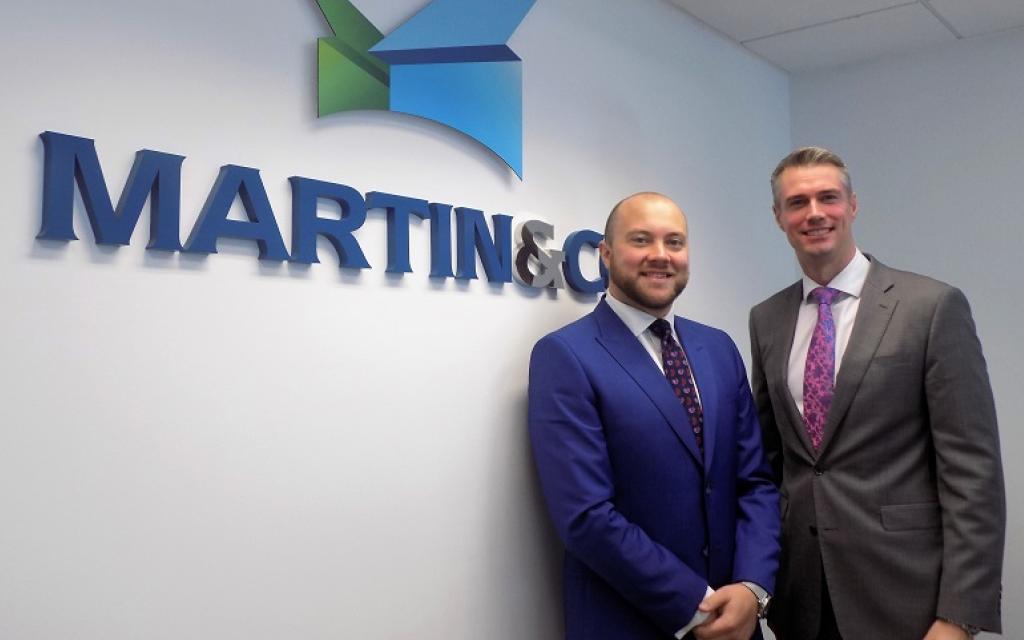 It’s a case of 400 up for Richard Oldaker and James Wiggins, after the Martin & Co Aldershot owners added a further 159 managed properties to their burgeoning portfolio.

The experienced duo are close to marking a decade in charge of the Aldershot branch, having cold started the business in 2009.

For Richard, the acquisition of Chilli Residential in 2018 marked a significant personal milestone, having started his property career 20 years earlier at the age of just 17 and purchased his first property before he was 20.

“We were approached by one of the directors of Chilli,” says Richard, “as James and I used to work with him before we started Martin & Co Aldershot. “They were in talks with other companies about a purchase but our reputation and high level of service stood out. They knew we would retain their clients and keep them happy.”

I worked on the south coast in Littlehampton and even six years after I left the area, I could still see the Martin & Co franchise there was going strong, so it was clear to us that Martin & Co and The Property Franchise Group was the way to go.

Richard was no stranger to Martin & Co’s presence on the high street even before he joined forces with James in 2009.

“Martin & Co’s nationwide presence was highly appealing to us when looking to start a business,” adds Richard. “But there were also other offices of Martin & Co nearby in Basingstoke and Guildford too.”

“I worked on the south coast in Littlehampton and even six years after I left the area, I could still see the Martin & Co franchise there was going strong, so it was clear to us that Martin & Co and The Property Franchise Group was the way to go.”

With Chilli Residential Richard and James’s first acquisition at Martin & Co Aldershot, the support of The Property Franchise Group was key.

“It was extremely helpful as we had not done this before,” says Richard. “We lent on guidance from Penny Sanders and her team at central office. Other franchisees that had gone through the process also proved invaluable as we were able to pick their brains.”

With almost a decade of experience behind him with Martin & Co, though, Richard is clear on what is required to make a success of a property business in 2018. “Martin & Co is a strong brand and The Property Franchise Group will give you all the tools you need to succeed and support you when you need it,” he adds.

“But don’t expect them to do the work for you – it is still your business and the success or failure lies with the business owner alone.”

If you'd like to follow in James & Richard's footsteps and run your own successful estate agency we'd love to hear from you!